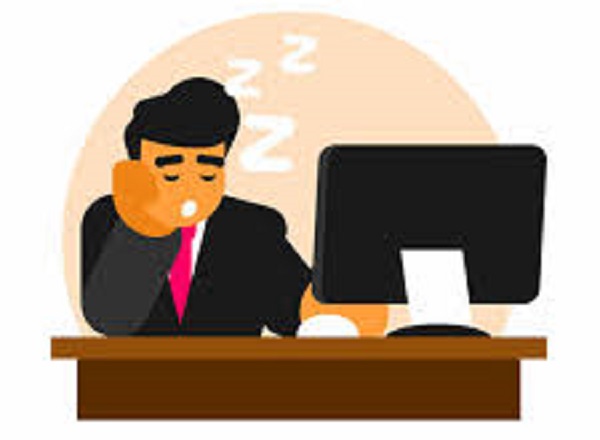 Posted by Charlie Recksieck on 2022-07-28
Facebook takes a lot of criticism and is seen by a large amount of people as a fairly awful entity. I agree with a lot of that, but something doesn't get to be this large by being useless. So, I think we need to say there’s both good and bad about Facebook, though at best it’s a mixed bag.

If you haven't seen The Social Dilemma documentary on Facebook, it's pretty chilling. The one-line takeaway to remember is that if you're an advertiser then you're the Facebook customer, if you check and post on Facebook regularly, you're the product. That really snapped my preexisting issues with Facebook into focus. Nobody wants to be a sucker.

Every social media is just a tool. (Insert cheap "tool" joke here.) Twitter dredges up a lot of hate, but for me it's a news supplement, food truck finder and my Twitter lists allow me to enhance watching baseball, tennis, major tv events. When Will Smith slapped Chris Rock at the Oscars, watching it live I had no idea what was going on until I checked Twitter where I stayed for the next hour.

Social media platforms are things that, when used right, can enhance your life. But if you dwell on any of them for too long, do any of us doubt that your life gets worse the more time you spend there?

I personally love a Pro's and Con's list so why not make one about Facebook. I always prefer to hear the bad news before the good news, so here we go with the rotten parts about Facebook.

The Social Dilemma - This documentary does not pull any punches about Facebook. If you haven't seen it and care at all about modern media or sociology, then you should see it immediately; even if you ultimately disagree with it. They use some dramatizations and keep hammering home that Facebook, like other tech companies but even more so, are built on a model of user engagement, relentless growth and advertising driving the whole show. The lengths that Facebook goes to manipulate people to always staying on more is a little chilling. And the lack of morality and responsibility that a lot of key Facebook management people display is even scarier.

Censorship - What FB does and doesn't monitor or sensor can seem a little strange. Even staying away from domestic politics, Facebook and social media advocates love to champion the democratization of modern media to give everyone a voice. That said, the most aggressive censoring you'll find on Facebook is any Kurdish criticism of Turkey and any Palestinian negative mention of Israel, no matter how even-handed or innocuous.

Russian Election Interference - This isn't just a paranoid left-wing fantasy. Russia actively changed U.S. voters' minds with misinformation, even by Facebook's own admission. Whether it's FB's unwillingness or inability to effectively deal with this, it's a serious problem today with no easy answers.

Truth - You can't lay this all at Mark Zuckerberg's feet, but there's no standard for truthfulness on Facebook. And I'm not just talking about politics. Even the way individuals aggrandize their lives or package their own image, you could think of Facebook as a perfect misinformation machine.

Privacy - No matter what Facebook's public claims are about privacy, there's some overwhelming evidence that they are tracking you and reading browser cookies of yours even when you're not on Facebook . Yes, you should be suspicious of just about every tech company selling your information. That's part of any tech business plan. Sorry. But even by that low standard, there's lots of evidence that Facebook is even more shameless.

Site Design - For as huge as they are, their actual site performance is pretty crummy in terms of loading speed, mobile optimization and memory leaks. Tell me you haven't had a problem with Facebook loading up the 20-30 things that are on that crowded page. Also, their mobile responsiveness is at least trying but check out what it looks like on a large monitor:

Even worse is dealing with their Ad Manager pages. When you try to run ads and are making an effort to pay them money, you're going to see some of the most unintuitive and clumsy pages still on the web.

FOMO - This one we can all relate to. I've already called Facebook a "perfect misinformation machine" but even more so I think it's a perfect jealousy machine. It's almost unavoidable, but the apparent universal human behavior on Facebook is to present yourself as a brand. John Mulaney had a joke about his then-wife making fun of his concern with how he's thought of as, "It's like you're running for mayor of nothing." Everybody on Facebook seems to be marketing a brand that isn’t for sale. And the Fear Of Missing Out (FOMO) when looking at these carefully curated posts of fabulousness is a powerful emotion that can not be good for us.

Mental Health - On a darker level, researchers have concluded that Facebook has caused so much jealousy in relationships that it has been isolated as a legitimate factor in an increase in divorce. And likely the same for FOMO-based suicides. Also, spending too much time on Facebook is often a symptom of not actually living a rich real life experience. I recently saw somebody online thanking online friends for talking him off the ledge, which is wonderful. Then I looked back at his timeline and saw that he had been regularly posting about 30 things per day. If I look and see somebody posting every day, every hour about this, that or the other, it's a time for concern.

Narcissism - One of the things that really pushed me off of spending time on Facebook were the oblique posts of consisting of something like "Don't even ask about the day I've had" where attention seekers want to be asked "What's wrong". I try to be more sympathetic when these are legitimate calls for help, but we all know the difference in the annoying ones from our most narcissistic friends.

And the look-at-me or humblebrag posts just annoy everybody. I've always promised that if I ever get a terminal disease that I'm going on Facebook and machine gun style going down all posts with the messages I've always wanted to write: "Nobody cares", "Narcissist", "Give to charity if you give such a shit", "That's wrong", "You're baby's not that cute", "No", etc.

Crime - Facebook is a stalkers paradise. Not only the obvious sick and dangerous mode of cyberstalking (good methods to combat that here) but also in a sense we've turned into a nation of stalkers of each other just by being voyeurs. Here's a 10 year old op-ed on the subject I think is good. And then there's the other factor about oversharing on Facebook: that it gives thieves a convenient timeline of knowing how long you won't be home .

Mark Zuckerberg - In addition to the on-point "you're not the customer, you're the product" criticism making one not want to be a sucker, there is the more personal irritation of using Facebook knowing that you're supporting Mark Zuckerberg and venture capitalist firms just get richer. The Social Network with Jesse Eisenberg wasn't a documentary. But you need not look further than his disingenuous congressional testimony or his business cards reading "I'm CEO, bitch" to realize that he is that nightmare combination of douchey bro who is extolling revenge on a world that treated him as a nerd in his youth.

Is Zuckerberg's defense of Holocaust deniers a gaffe, or does the man have as little morality or empathy as we fear? Who knows. As long as media bozos like Charlie Rose and Andrew Ross Sorkin keep salivating over the uber-rich tech titans like Zuckerberg, the reporting on their actions is going to be pretty tame in overall media coverage.


Next week in Part 2 let's look at the bright side of all of this.